Some early continental railways bought rolling stock from British manufacturers and early stock was based upon early British designs.

Whilst Peter is busy concentrating on British stock, Steve is learning the design side of the business with these; all will be based upon Peter’s design principles, who will keep a close eye on them.

Steve is working on four vehicles; the early stages of one is shown below. This vehicle has a particular problem - the individual compartment sides are bowed so the sides of the carriage aren’t straight.

When you look closely at the original drawing, the compartments are not of the same width! Some correction was needed … 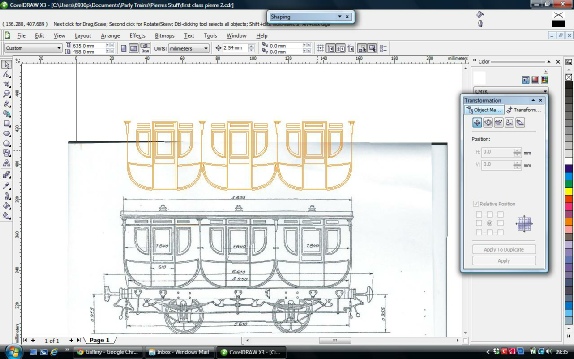